Relevance of Swami Vivekanand for Youth in 21st Century

(This article was first published in Employment News)

Swami Vivekanand is the greatest youth icon produced by India and one that influenced millions of youth across the world. With his Chicago speech in 1893, he became the beacon of Indian philosophy and spiritualism for the Western world. Since then, he has been a perennial source of inspiration for the youth. In the 21st century, when the youth of India are facing new problems, pushing boundaries and aspiring for a better future, thoughts of Swami Vivekanand have become more relevant. 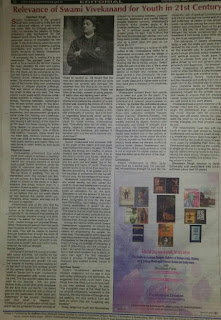 This article was published in Kurukshetra magazine

As Modi government completes three years, it has set its sight on transforming India. Prime Minister Narendra Modi has often voiced the philosophy of reform, transform, perform and the inform. He believes in the potential of youth and talks about skill, scale and speed – the three key words that have the potential to herald national transformation. Out of these three words skill is most important. Workforce will turn into a human resource only when workers are skilled. Modi government’s efforts for skill development in the last three years are now beginning to reap results and we will see more impact in the near future.

The previous government did not have a roadmap to tap the potential of youth. They took up the unachievable target of imparting skills to 50 crore youth by 2022 by engaging private sector and NGOs. Three different agencies were responsible for skill development: Prime Minister Council for Skill Development, National Skill Development Corporation and National Skill Development Agency. In the 12th Plan, the target was to train 5 crore youth while the rest 45 crores were left for the 13th Plan. No concerted efforts were made to achieve the target and the government did not seem to attach any seriousness to it.

A comparative study of the efforts by other countries can help us crack the development matrix. It is seen that most countries focus on manufacturing sector and train their youth in big numbers to create skilled labour. For example, there are 5 lakh skill development institutes in China, 1 lakh in Germany and 1lakh in Australia. Similarly, there are almost 3,000 skill sets in which China gives formal training. While China spent 2.5 % of its GDP on training, India used to invest 0.1% of GDP on skill development in 2014. Germany has thousands of successful small and medium scale industries which play a major role in the development of its economy. This is possible because of an ecosystem for skill training. In India, according to a report of sample survey, only 2% youth get institutional skill training and 8% get informal skill training outside these institutions. In Korea this data comes around 96%, 75% in Germany, 80% in Japan and 68% in United Kingdom.

The present government under Prime Minister Narendra Modi believes that for a sustainable growth rate of 10% and development at the bottom of the pyramid, focus must be on skill development. Right after the formation of Modi government, a new minister was formed which was devoted to Skill Development and Entrepreneurship. The mandate given to the ministry was to prepare a framework for skill development, bridge the gap between demand and supply of skilled labour through vocational education and technical training, develop new skill sets and also evaluate and certify the existing skill development programs. Earlier, there were over 60 schemes that came under 20 ministries of central government. Now, all the schemes are run by one ministry. There is no duplication of work and more and more youth are getting training and evaluation, and even monitoring has become easy.

Status of Skill Development in India

The National Skill Development Corporation has a capacity to train 82 million through 159 training partners having 1,408 centres in 356 districts in 27 states and five Union territories. The department of rural development has 577 functional rural self-employment training institutes spread over 556 districts. The ministry of textiles is implementing integrated skill development schemes wherein implementing agencies are operating training centres pan-India. The ministry of micro, small and medium enterprises has 18 technology centres with 15 new technology centres in the pipeline. Moreover, there are 12000 industrial training institutes (ITIs) affiliated to National Council for Vocational Training in the country. One of the biggest challenges faced by the country is not the absence of skill but the lack of a proper mechanism to train and certify the workforce. The government is working to evolve an internationally accepted training and certification system.
A person in an urban area has a 93 per cent greater chance of acquiring training than someone in a rural area. The wide gap between those who have access to education and skill development opportunities and those who do not, is a challenge that has to be overcome.

About 69 per cent of the country lives in villages. Agriculture is the largest employer (about 48% of its 490 million strong workforces), but results only in 13 per cent share of the GDP. Several challenges prevent India’s rural poor youth from competing in the modern market, such as lack of formal education and marketable skills. The government is making all efforts to engage, educate, employ and make rural youth entrepreneurs. Government has started many schemes, especially Deen
Dayal Upadhyay Grameen Kaushal Yojna (DDU-GKY), Skill India Mission, USTAAD, ASPIRE, NAI Manzil, Mudra Scheme, Stand Up India and Digital India, to ensure skill training, capital funds, connectivity and jobs for the country’s rural youth.

Modi government has introduced many skills as per the geographic and demographic needs. Finance minister Arun Jaitley clearly shared his government’s vision of skill development in his Budget speech of 2015: “India is one of the youngest nations in the world with more than 54% of the total population below 25 years of age. Our young people have to be both educated and employable for the jobs of the 21st Century. The Prime Minister has explained how Skill India needs to be closely coordinated with Make in India.”
The aim of DDU-GKY is to make rural poor youth economically independent. DDU-GKY is a placement-linked skill training program which, in partnership with private industry, is empowering rural youth with skills and placing them in jobs. DDU-GKY has pioneered the concept of placement linkage, job retention and career progression, prescribing 75 per cent placements and a minimum wage of Rs 6,000 per month.
Union cabinet also approved a Rs 12,000-crore outlay for Pradhan Mantri Kaushal Vikas Yojana (PMKVY) to impart skills to 1 crore people in four years (2016-20). Post-placement is given directly to the beneficiaries through Direct Benefit Transfer (DBT). Mobilisation, monitoring and post-training placement of trainees is to be done  through Rozgar Melas (placement camps) and Kaushal Shivirs (mobilisation camps). Apart from catering to domestic skill needs, PMKVY will focus on skill training aligned with international standards for overseas employment, including in Gulf countries and Europe. There will be scholarships for students undergoing training in high-end job roles under the programme.
Government has also launched schemes like Nai Manzil, ASPIRE and USTTAD for skill development of targeted groups. The scheme Upgrading the Skills and Training in Traditional Arts/Crafts for Development (USTTAD) was launched in May, 2015 by Ministry of Minorities Affairs for the skill development of artisans and craftsman from minority communities. Many Hunar Haats, Shilp Utsav have also been organised through National Minorities Development and Finance Corporation (NMDFC). The Ministry has also engaged Knowledge Partners like National Institute of Fashion Technology (NIFT) and National Institute
of Design (NID). Both the institutions have identified total 36 craft clusters with 20-30 artisans in each cluster for their capacity building.
The Nai Manzil scheme is an educational and livelihood initiative supported by the World Bank, which can be availed of by the school drop-outs of six notified minority communities: Muslims, Christians, Sikhs, Buddhists, Parsis, Jains and Muslim students studying in madrasas. The scheme has been rolled during 2016-17. A Scheme for Promotion of Innovation, Rural Industry and Entrepreneurship (ASPIRE) was launched on March, 2015 to set up a network of technology centres, incubation centres to accelerate entrepreneurship and to promote start-ups for innovation and entrepreneurship in rural and agriculture based industry with a fund of Rs 210 crores. The planned outcomes of ASPIRE was setting up Technology Business Incubators (TBI), Livelihood Business Incubators (LBI) and creation of a Fund of Funds for such initiatives with SIDBI. First LBI was set up in April 2015 under ASPIRE within a month of launching the scheme. Government has also started a National Apprenticeship Promotion Scheme with an outlay of Rs 10,000 crore and the target to train 50 lakh apprentices by 2019-20. It is for the first time a scheme like this has been designed to offer financial incentives to employers to engage apprentices.

Small business is big business. According to NSSO Survey (2013), there are 5.77 crore small business units, mostly individual proprietorship. Most of these 'own account enterprises' (OAE) are owned by people belonging to Scheduled Caste, Scheduled Tribe or Other Backward Classes. Of these small businesses, 54 per cent come from rural areas. They get very little credit and that too mostly from non-formal lenders, or friends and relatives. The government started Pradhan Mantri Mudra Yojna to provide access to institutional finance to such micro/small business units. Under the aegis of Pradhan Mantri MUDRA Yojana (PMMY), MUDRA has created three kinds of loans – Shishu (Rs 50,000), Kishor (Rs 50,000 to Rs 5,00,000) and Tarun, (Rs 5,00,000 to Rs 10,00,000) to signify the stage of growth/development and funding needs of the beneficiary. In Financial Year 2015-2016, numbers of PMMY loans sanctioned were 3,48,80,924 and the amount disbursed was Rs 1,32,954.73 crore.

Modi government has started Stand Up India, a programme aimed at promoting entrepreneurship among scheduled castes (SCs), scheduled tribes (STs) and women. Two projects are being promoted per bank branch per category. Under the scheme, 1.25 lakh bank branches are providing loans to scheduled castes (SC), scheduled tribes (ST) and women entrepreneurs. The scheme is aimed at promoting entrepreneurship among 250,000 beneficiaries and is being seen as a push for financial inclusion. PM Modi said in his Independence Day speech, “Each of the 125,000 bank branches should give loans to Dalits, women and tribals, so that the country could, in no time, have at least 125,000 start-ups by women and Dalits.”

Prime Minister Narendra Modi once said, “I call upon the nation to take pledge to make India the skill capital of the world.” The central government has been working with this objective since the last three years. The government has been successful in creating an ecosystem for skill development but still there is a need to make efforts in a sustained manner. 12 million people are expected to join the workforce every year and by all means such large talent pool has to be capable. We
also know that the agricultural growth rate will not cross 5 per cent hence the key part in country’s economic growth story has to be played by secondary and tertiary sectors, which in turn need skilled labor. With 'Make in India' as a national dream and acceptance of skill development as a priority for the next decade, reforms will come when the government integrates skill development, education system and the Indian industry. The present regime under Prime Minister is leaving no stone unturned to realize this dream. 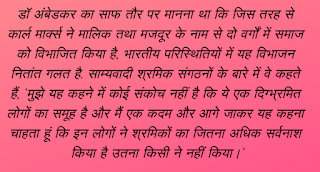 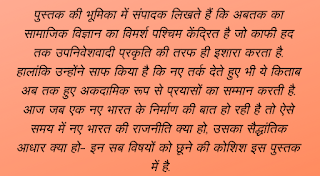 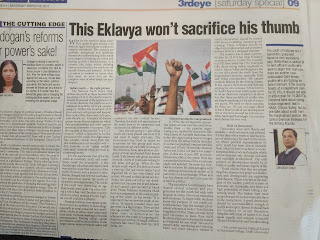 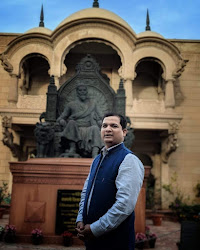